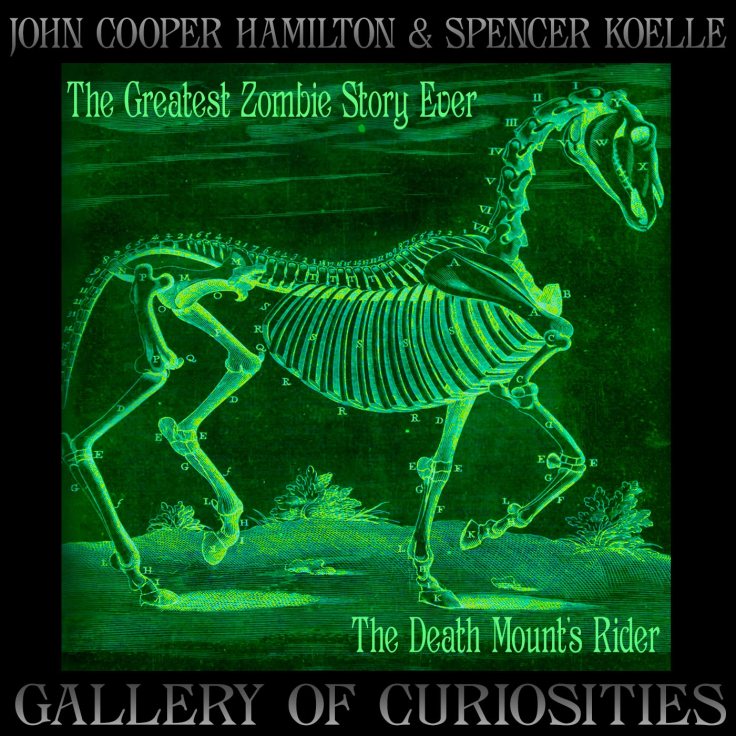 Whether you are hanging out on the porch and handing out the candy tonight, or sitting inside with the lights out hoping they’ll just go away without egging your windows, we’ve got a special double feature for you. Part One of our Halloween special, so check back later for more. Matt Zophiel and Nonney Constantine narrate.

The Greatest Zombie Story Ever by John Cooper Hamilton

John Cooper Hamilton writes humorous genre fiction, or literary fiction when thinks he can get away with it. His many interests include role playing games, board games, war games, card games, and video games. He lives in Ohio, dividing his time between games and convincing his family to play games. https://johncooperhamilton.com/

Narrator: Matt Zophiel is a carnival ringmaster with a mysterious past. When not narrating bizarre horror tales, he leads the Lost Vegas Nuclear Bombshells in their touring show throughout the atomic wasteland. Anyone wishing to know more about the mysterious Ringmaster should feel free to invent it.

music: In Your Arms by Kevin MacLeod (incompetech.com)

Spencer Koelle is a depraved bisexual and pagan idolater. He earns his daily crust doing nonprofit development work. When not screaming into the void, he passes his spare time watching cancelled television series on DVD, coping with mixed feelings about horror movies, and reading short fiction. He supports intersectional feminism and has a very long Graves to Defile list. His website is www.SpencerKoelle.com.

This work was previously published in Issue 56 of Andromeda Spaceways Inflight Magazine.

Narrator: Nonney Constantine is a terminal tomboy who has yet to turn in her backpack for a purse, despite having walked the land for over half a century.

We have a Patreon. Server costs are creeping up as the show becomes more found, and we want to buy stories at a better rate for next year’s reading season. Every dollar helps keep the stories coming to your ears each and every month.

Not Scared At All: Jed Dagger

One thought on “Ep. 29 – The Greatest Zombie Story Ever by John Cooper Hamilton & The Death Mount’s Rider by Spencer Koelle”